I’d like to place a bet right now. I bet if you haven’t heard of Twitch, then you are old af. Maybe not real-world old, but definitely internet old. You might even be from one of the dinosaur groups, the millennials, gen X or even a boomer.

The point is that before we get into the details of gambling on twitch, we first need a quick intro to what Twitch even is.

What actually is Twitch?

Twitch is a live streaming site that has a huge following within the gaming community because of its focus on video game streaming.

However, it isn’t limited to gaming and includes categories like, “Just chatting”, “eSports“, and “Food and Drink”.

Twitch is one of the biggest live-streaming platforms in the world. In 2021, at any given moment, it has roughly 3 million viewers!

It’s an interactive platform where you can talk to content producers and other watchers directly and in real-time. This is quite different to other video platforms (e.g., YouTube), where you might write a comment in 2011 and get an answer 10 years later.

As with most things gambling-related, many people view gambling on Twitch as controversial. It’s also a tricky area for streamers because, if it’s done incorrectly, it violates Twitches t&cs (and probably some laws too, depending on which country the streamer is streaming from).

Why do people like to watch other people play casino games?

People watch these streams for all sorts of different reasons.

First, a lot of people watch it for tips and tricks. They’ll follow professional gamblers and study their techniques. This is especially the case with the more technical games, e.g., poker and blackjack.

If you have a favourite casino game, and you want to get better at it, find out who the big names are and see if they have a Twitch stream. You’re bound to learn a lot from seeing how other people play.

You might think the idea of watching other people gamble is boring, but it can be exciting. If you’re really lucky, you can catch someone hit a massive jackpot.

Finally, it’s good to talk to like-minded people. Whatever your gambling niche, you’re sure to find at least one Twitch stream catering to your specific tastes.

And if you’re into popular games, e.g., slots, there are huge communities around them.

Closely related to the previous section, you can talk to other people about their casino experiences. It’s a great place to get online casino reviews directly from the horse’s mouth.

You can find out if people have had problems with deposits and withdrawals, whether a casino or game pays out higher/lower than expected, etc.

Why do people make the streams?

So we’ve found out why people watch streams, but who the heck has time to make streams?

Many streamers enjoy the content they’re producing, but there’s a perk, too: money. Streamers can monetise their streams in different ways, e.g., by getting people to pay a subscription, or to pay for a specific type of video.

It might sound like a weird concept, but people are getting rich from Twitch. In fact, some Twitch streamers have made as much as $15m! These aren’t gambling streams. They’re mostly about video games like World of Warcraft, Fortnite, Call of Duty and League of Legends.

Is it legal to stream online casino games?

This is a tricky question to answer because the situation is unprecedented. The combination of live streaming and online gambling is a unique feature of modern life.

This means that there may not be any specific laws about it but some general laws may confer some legal powers against it. There’s also the issue that different countries will have different laws, so what may be illegal in one country might be 100% legit in another.

Make sure that you understand the legal status in your country. Twitch does have its own rules too, so that should help, but it’s always worth doing your own verification too.

What to expect when you watch gambling on Twitch?

There are a few things about watching gambling streams that may come as a surprise.

Twitch only allows 30-minute streams for live gambling with real money. After that, the channel needs to either switch to play money or stream something different entirely.

You have to be old enough to watch it

Any channel showing live gambling has to have an age gate (i.e. an age limit/filter). That means if you’re below the age gate, you shouldn’t be able to watch it. The age limits, I believe, are dependent on where you’re watching Twitch and the local laws on gambling limits.

And can you actually gamble on Twitch?

There are a few opportunities to gamble via the Twitch platform, but they’re extremely strict. The streamer needs to have the correct licence to offer any sort of gambling, but you will find the occasional raffle. 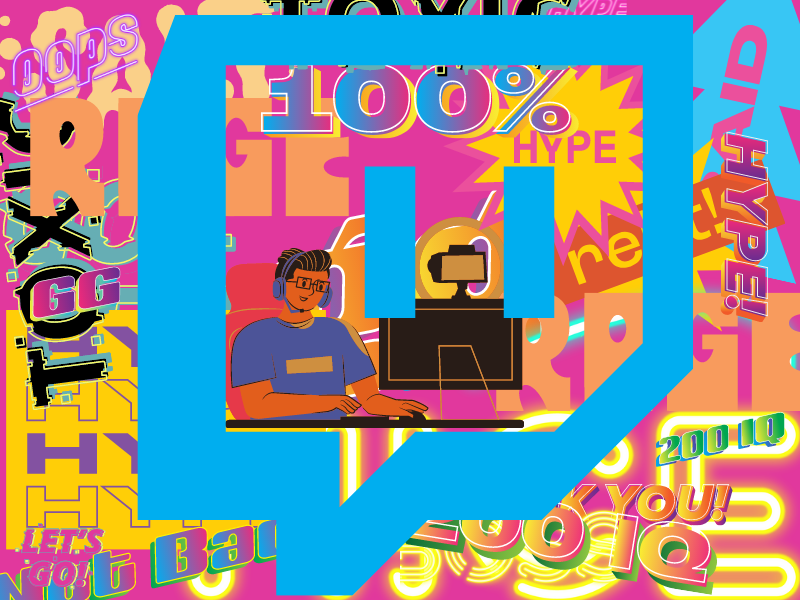