Apart from being one of the leading developers of online gaming content, Microgaming is known for the generosity of the prizes their games deliver.

The latest online slot lover to witness the power of the company’s progressive jackpots was a lucky player from the UK, who became the country’s newest millionaire last week, after scooping a massive prize.

It only took a mere £0.80 stake on Book of Atem WowPot to grab an eight-figure jackpot. This is the first Mega win awarded by the WowPot progressive jackpot. In the end, the lucky 32Red Casino player claimed a staggering prize worth £15,183,085.96.

Since the launch of Microgaming’s progressive jackpot network, this is the 93rd millionaire created by the gaming giant’s progressive slots. So far, the company has paid out more than £1.1 billion in prizes to its players.

In addition to being the first Mega win, the eight-figure payout is also the largest WowPot awarded since the launch of the jackpot mechanic. Until now, the largest one was worth £968.218,35, paid out in March by Sisters of Oz WowPot. The lucky 32Red Casino player’s amazing feat represents the third-largest progressive jackpot to have ever been awarded by Microgaming.

Just like all wins on the developer’s network, this one will also be paid out as a lump sum.

Book of Atem WowPot was made by All41Studios exclusively for Microgaming, and was added to the developer’s portfolio in September last year. Since it hit the market, the Egyptian-themed slot paid out over £19.8 million in progressive prizes.

Only a month ago, the game delivered a Major jackpot worth £861.076,36. But the most-recent payout made the headlines not only because of its size, but also because the first Mega win on the WowPot progressive network awarded by 32Red Casino.

WowPot was introduced in early 2020. The first title to feature this jackpots was Wheel of Wishes. Seeding at £1.7 million, WowPot is the leading progressive jackpot in the online gambling industry.

In addition to the two titles we mentionedhere, WowPot is available in several other games, including Sherlock and Moriarty WowPot and Queen of Alexandria WowPot, developer by Just For The Win and Neon Valley Studios respectively.

Following the last week’s payout, the size of the Mega jackpot will reset to its initial value. At the moment, the largest progressive jackpot prize offered by Microgaming is the legendary Mega Moolah, whose value has reached £15.5 million.

Mega Moolah was launched in 2006, and has since earned a cult status among slot lovers. The game even set at Guinness World Record after awarding the largest jackpot in the history of online gambling. That happened back in 2018, when a lucky player claimed a staggering prize worth £16.3 million.

General Manager at Kindred Group UK, Neil Banbury, pointed out his company was excited that one of its players scooped such a staggering prizes. He also praised Microgaming for providing slot lovers around the world with the leading range of progressive jackpot slots. Banbury added the new WowPot was on par with Mega Moolah, and stated he expected new wins in the future. 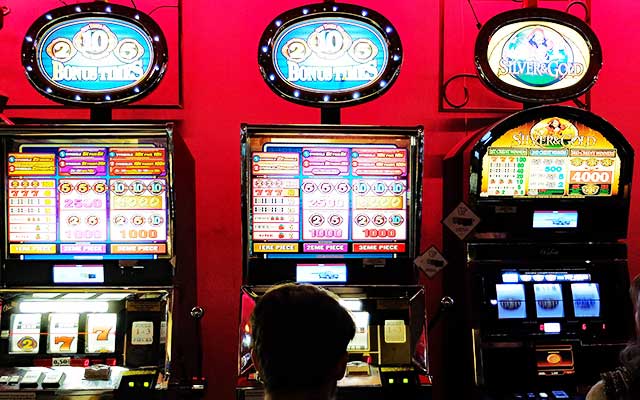 This is the third-largest payout to have ever been awarded by Microgaming.