A 60-year-old woman from Maryland has recently made the headlines after it was discovered she had embezzled money to fund her gambling addiction. According to the available information, Sophia Kim stole more than £1 million from her former employer, the Universal Ballet Foundation. The embezzler mostly spent the money on gambling, although a part of it was used to help her resolve other financial issues.

If you’re wondering how she managed to pull this one off, she used direct withdrawals, unauthorised and direct charges to debit and credit cards. In total, Kim made more than 200 transactions, embezzling £1.06 million, which was mainly spent at the local MGM National Harbour Casino.

She will return to court on September 15, 2021, where she is scheduled to receive her sentence. Charges against Kim are grave, and if she is found guilty, she could be facing a lengthy prison fine. Apart from spending thirty years locked in federal prison, she could be looking at more than £700,000 in damage payments.

Not Her First Problems with the Law

According to US Attorney Channing D. Phillips, no tolerance should be shown for an offender that abused her position to embezzle more than £1 million from her non-profit employer. He pointed out that all those found guilty of stealing from the coffers of the leading businesses and companies needed to be sentenced to the maximum possible fines.

But here’s when the whole story becomes more interesting. The latest legal ordeal, which started when the FBI arrested her in 2019, is not her first encounter with the federal arm of the law. It’s also not the first time she had stolen money from her employer, as she embezzled an undisclosed sum from a dance company related to Sun Myung Moon’s Unification Church. It’s clear that her latest employer should have known about her past legal issues.

In 2013, she appeared in front of a federal jury and was found guilty of stealing and spending the money that belonged to her employer, the Korean Cultural Freedom Foundation. The investigation discovered that Kim used the funds as they had been from her personal bank account. She used money mainly to feed her gambling addiction. In the end, she spent 24 months behind bars.

Unfortunately, this is not an isolated and unique story, as problem gambling can affect people from all positions and spheres of life. Last year, Michael Cabry III, a reputable Pennsylvania Judge, was charged for theft after an investigation revealed he had dipped his fingers into his campaign funds. Cary spent hundreds of thousands to fuel his gambling habit at casinos across New Jersey, Pennsylvania, and Delaware.
The 59-year-old subsequently pleaded guilty to stealing the money. Cambry explained that he had regularly taken funds to support his gambling activities. In the end, the disgraced judge was stripped of his role and barred from even entering his former courthouse.

Earlier this year, a 50-year-old woman from Alabama was sentenced to a year in prison after pleading guilty to stealing money from the two cities where she worked as a clerk.

The investigation revealed that Wright Green embezzled more than £290,000. She used to stolen money for her gambling activities and other personal expenses. She was also ordered to pay £327,000 in damages but managed to avoid spending a whole decade in federal prison. 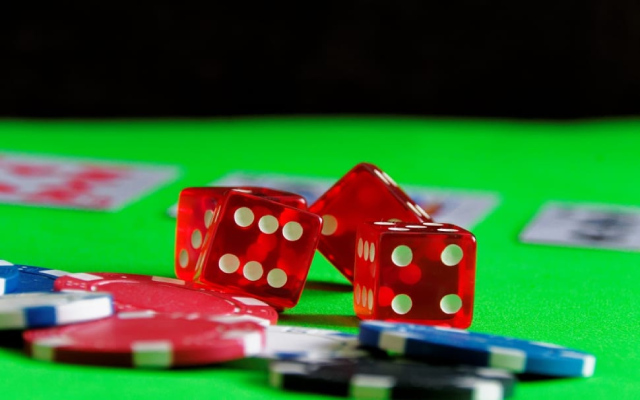 It’s not the first time she stole money to use on gambling.