Myths about problem gambling are everywhere. In fact, gambling tends to generate myths as par for the course – it’s all the superstition that goes along with it.

Here, we’re going to look at some of the top-held myths about problem gambling and bust them open for you. It’s not good to hold on to these false beliefs, and it can make any problem you have worse. 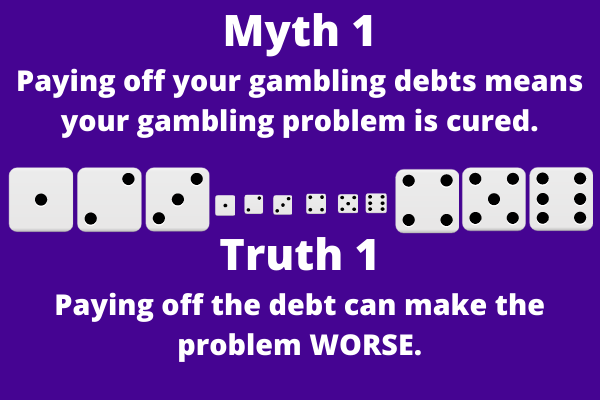 If there’s no debt, there must be no problem.

That is a dangerous place to be. It doesn’t address the addiction at all. The person doesn’t get help and, more often than not, they end up getting themselves into debt again. 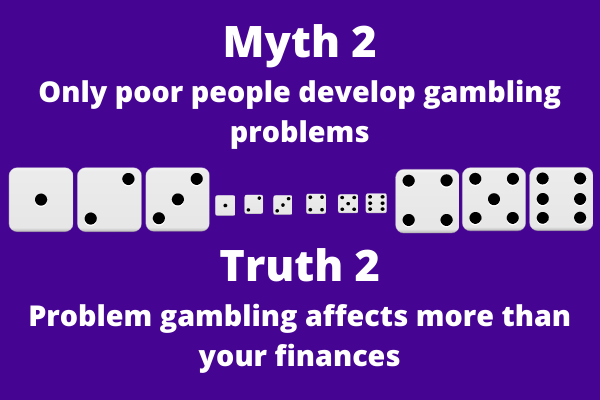 Rich people can think they’re immune from gambling-related problems because they wrongly assume that the only difficulties it causes are financial.

Problem gambling affects your emotional wellbeing, relationships, and health, regardless of whether you’re rich or poor.

And the mega-rich DO run into financial problems when they gamble too much, some have lost billions to gambling. 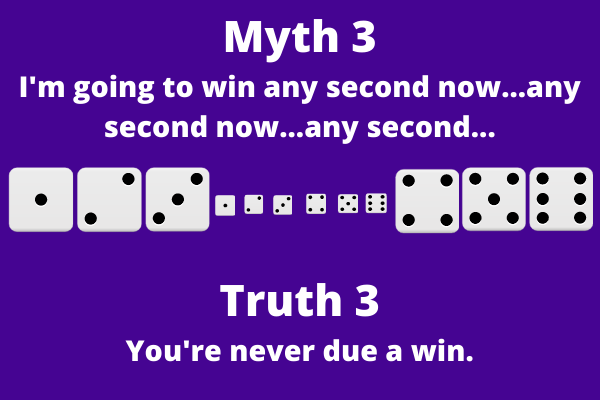 One problem that can lead people into developing a gambling addiction is the idea that they’re owed a win. This comes from a general misunderstanding of the maths behind the odds.

No game is ever “loaded”. The odds of each round are the same for each turn you take. An easy way to understand this is to think of a coin toss. You have a 50-50 chance of hitting heads or tails.

It’s natural to think that if the coin has turned up multiple heads in a row, that it’s about to throw up tails, but it doesn’t work like that. There’s still a 50-50 chance on the next coin toss.

The idea that the win is “due” is called the Gambler’s Fallacy.

I’ll still feel it in my bones that a tail is about to land, but I’m wrong. That’s a difficult thing to get your head around. 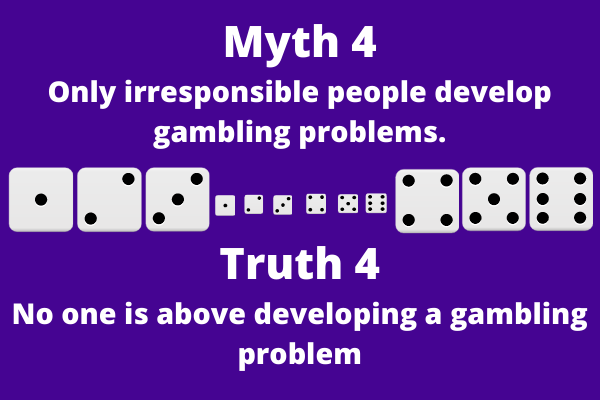 First, it leads to shame, and that prevents people from getting help. Secondly, being down on people/disappointed in them (and doing this to yourself) causes them to be less productive and MORE LIKELY to carry on gambling.

It’s not your fault if you become a gambling addict, but it is your problem. This gives you personal responsibility for getting help, but it takes away the blame.

It’s a much healthier mindset and it’s a mindset that works. 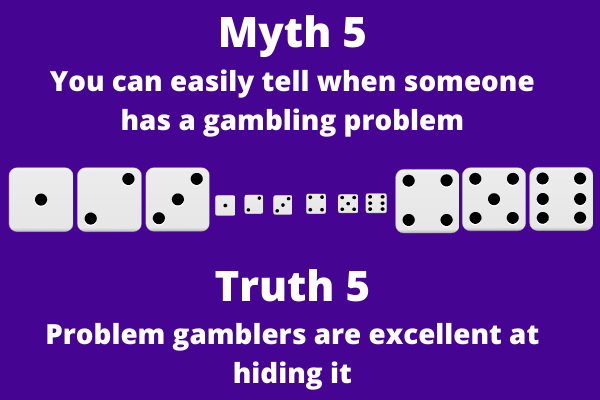 Myths like myth 4 (i.e. that gamblers are irresponsible) create stereotypes. Stereotypes make people think that you can tell something about a person by some feature, e.g., how they look. It’s not true. Gamblers don’t have a look but are masters at disguising their habits.

Often, family members don’t find out about gambling habits until they’ve gotten way out of hand.

There’s not much we can do to counter this, except create environments where people feel that they can disclose things like gambling addictions. That means busting myths and getting rid of unfair stereotypes. I like to think that this article will help to bust some of the myths surrounding gambling problems.

For help with gambling, visit GamCare.