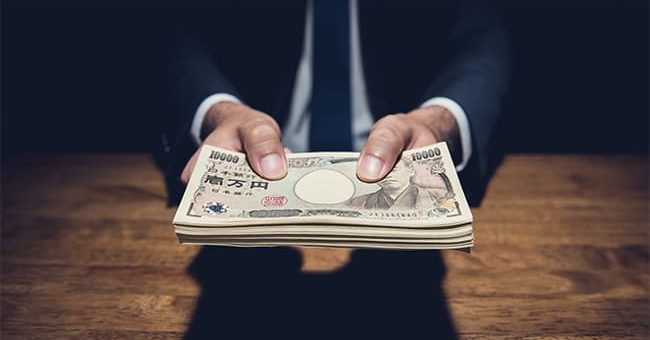 Crime doesn’t pay. One Japanese lawmaker learned it the hard way after a scandal involving him sent shockwaves across the Asian country.

After the Tokyo District Court found him guilty of accepting bribery, Tsukasa Akimoto will spend four years in prison. The disgraced lawmaker will also have to pay a fine of £50,000.

He did get off with a slightly lighter sentence since public prosecutors asked for a five-year sentence. Akimoto made the headlines after being involved in a bribery case tied to Japan’s effort to launch up to three integrated casino resorts.

A Scandal That Shocked the Country

According to the court documents, during a five-month period from 2017 to 2018, Akimoto accepted bribes of £50,000 from a Chinese gambling company eager to obtain a license that would allow it to operate one of the integrated casino resorts we mentioned.

Interestingly enough, despite his sentence, Akimoto hasn’t lost his place in the Japanese government’s Lower House. He was initially arrested in 2019 and was set free on bail a couple of months later. Unfortunately, he was once again put behind bars in the summer of 2020.

He was a member of the Japanese ruling Liberal Democratic Party but resigned in late 2019. It should be pointed out this is the first bribery scandal in many years to involve a lawmaker.

The investigation also revealed the company that tried to bribe Akimoto. It was 500.com, a Chinese sports lottery operator. The ultimate goal was to get Akimoto to push the companies to bid on one of the three available casino licenses the central government plans to issue. Since Akimoto served as a Senior Vice-Minister, he was tasked with overseeing the whole process. Instead of focusing on the country’s efforts to legalise the integrated casino resorts, he accepted bribery from the Chinese operator.

Ever since his first arrest, around two years ago, Akimoto has claimed his innocence.

But his problems don’t stop there. The Tokyo District Court has also found Akimoto guilty of offering bribes to two former 500.com employees. According to the court, the former lawmaker tried to convince the two advisors to give false testimony regarding his involvement in the scandal.

And although the court accepted the testimonies of the two men as credible, Akimoto still maintains his innocence and has denied all accusations. The Presiding Judge has also said the charges against Akimoto were supported by strong and objective evidence.

Judge Niwa explained that the evidence showed Akimoto had been the one who organised false testimonies. He described his actions as obstruction of justice on an unprecedented scale.

Akimoto’s legal team filed an appeal immediately after the court’s ruling. Although he was taken into custody, the court decided to let him go on bail. In an interview following the verdict, Akimoto once again claimed his innocence and said he would be among the Lower House candidates in the next election.

As a response to the District Court ruling, opposition parties called for Akimoto’s resignation. They criticised the ruling Liberal Democratic Party for failing to sanction the wrongdoing of one of its prominent members.

Japan made the first step toward legalising casinos in late 2016 by adopting a corresponding piece of legislation. This allowed the lawmakers to begin working on the regulatory framework. The law was adopted in 2018, giving the green light for the opening of casino resorts.

Little progress has been made since, as the new law simply didn’t work in practice. The pandemic made things much worse and completely stopped the license-bidding process.

Akimoto was one of the key figures in the regulatory activities, while his involvement in the subsequent scandal severely damaged the efforts to launch a regulated gambling market in Japan. According to available information, the first resort won’t be up and running before 2026.

As for the Chinese operator accused of bribing Akimoto, it ceased all its business activities in Japan.