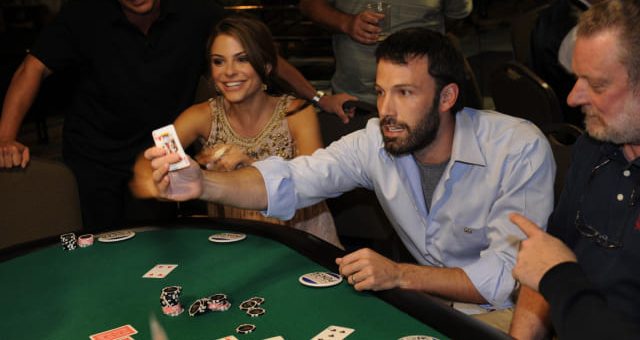 The famous Hollywood star Ben Affleck was spotted at a casino in Las Vegas last week. According to available reports, Affleck was seen in a high-limit room at the Wynn Resort and Casino. The actor is known as a passionate gambler. Still, he hadn’t visited Sin City after a scandal that made the headlines seven years ago when he was caught counting cards at a prominent Vegas casino.

This time, he was seen playing the tables in the middle of the night. He was spotted at Wynn on Wednesday last week, around three in the morning, sitting alone at the casino’s gaming table along with a brunette dealer. There’s no information about the casino game he was playing, but we guess it could have been blackjack.

Affleck wore a simple T-shirt and baseball cap, with Wynn staff present in the vicinity to keep fans from bothering the 48-year-old actor.

He has often bragged about being good at blackjack. In one interview, he said he had taken time to get familiar with the game and had become a decent player. However, he pointed out that as soon as he had acquired a certain skill level, the casinos politely asked him to stay away from blackjack. On multiple occasions, he stressed he couldn’t understand such casino policy.

In 2014, after allegedly being caught counting cards at the Hard Rock, the actor was permanently banned from playing blackjack at the popular gambling venue.

Card counting is a technique that allows blackjack players to have an advantage over the casino. As its name suggests, it involves keeping track of the remaining cards in the show. That way, a player can know the compositions of the cards that are still in play.

He Likes Poker As Well

Affleck also plays poker, and more importantly, he’s good at it. In 2007 he appeared at the Ante Up For Africa Celebrity-Charity Poker Tournament, held in Las Vegas.

But he also plays to win. In 2004, Affleck won the California State Poker Championship, outlasting a total of ninety entries. As the winner, he took home the first prize worth a little over £250,000. He was trained by such reputable names as Annie Duke and Amir Vahedi.

Affleck was a part of the scandal involving underground high-stakes poker games organised at a West Hollywood casino. The incident served as an inspiration for the 2018 hit film “Molly’s Game”.

In 2019, he was seen playing poker at the Commerce Casino in Los Angeles, where he paid around £14,300 just to sit down and the high-stakes table. He left after just fifteen minutes, winning around £1,100. According to a report from one celebrity magazine, Affleck was drunk and almost fell out of his chair. The actor himself later confirmed that he had a sobriety lapse around that time.

Working on a New Movie

The Daily Mail reported Affleck was working on a new film, whose part was shot at The Palazzo at The Venetian Resort. Media also reported the actor was spotted with Jeniffer Lopez’s mother, Guadalupe.

Guadalupe Lopez is also known for her gambling activities. On one occasion, she won £1.7 million in Atlantic City. Even J-Lo admitted in an interview her mother was a huge gambler.

The two are rumoured to be back together. If that’s true, Affleck will have an experienced gambler to keep him company while he hits the tables at Las Vegas casinos. 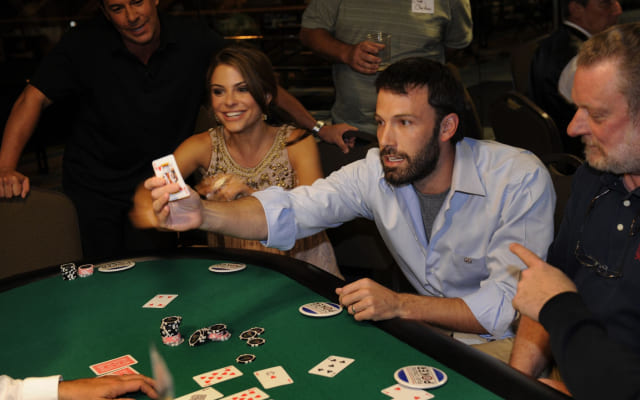 The famous actor is known as a passionate gambler.