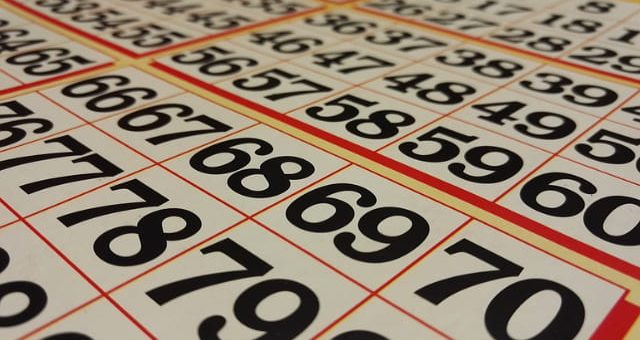 Bingo is popular among a broad audience of players, but it seems that pensioners are particularly fond of this game. Maybe it’s about the action it brings or the thrill of awaiting which number will be drawn next.

All joking aside, bingo has been known to produce handsome payouts to the luckiest among players. We especially love to see when one of our senior citizens manages to scoop a rewarding prize.

A Massive Win for the Grand-Grandmother

That’s the story today, and its main protagonist is a great-grandmother from Staffordshire. Yes, bingo has once again made someone’s dreams come true for this old lady who scooped a massive win.

Some will argue that £50,000 could be called a life-changing win, especially compared to prizes awarded by online slot games. We agree this win won’t be featured in the Guinness Book of World Records, nor will you find an article about it in the Daily Mail, but there’s something satisfying about an 86-year-old lady hitting a five-figure payout.

Mima from Stoke on Trent had been visiting Buzz Bingo in Hanley four times a week for more than two decades. There she spent time playing bingo with her friends. Lady Luck finally smiled on her earlier this month when she nabbed a massive win. This fantastic feat occurred during her 4,000th visit to the gaming venue located in Albian Street. What a way to mark such a milestone.

Winning £50,000 is something that doesn’t happen every day, so Mima decided to celebrate her achievement by throwing a party of epic proportions. Her friends were there with her, together with the club manager Nicky Sanders, with the audience cheering the big winner.

We guess it’s virtually impossible to beat the atmosphere in a club, especially when a player hits a prize as massive as the one Mima took home. According to the information provided by Buzz Bingo, the great-grandmother’s win on a special night represented a fantastic experience.

Bingo Lovers in the UK Are Having a Blast

Since Buzz Bingo returned to its regular activities in May, more than twenty lucky bingo players have scooped the Big Buzz Special. With many new players joining in on the action and the existing ones coming back from more, we can expect more massive prizes in the coming period.

In total, £1 million in special prizes has so far been awarded to bingo lovers across the UK. Since the first prize was paid out three months ago, it means two massive payouts have been awarded on a weekly basis!

But wait, there’s more. Buzz Bingo paid out more than £2 million to everyday players every week. That’s a staggering feat, bearing in mind the money was won by regular bingo lovers dabbing away at their cards.

As for the main protagonist of our story, she intends to spend a portion of her winnings on realising some of her dreams. Mima has always wanted to visit Canada, and now she has all it takes to make that dream come true. She plans to reunite with her family and see her old friend. Just as any gran (or great gran) usually does, she is preparing a list of presents for her grandchildren and great-grandchildren.

£50,000 is a fantastic win for any bingo enthusiast, and for Mima is going to be a life-changing sum. So be sure to give your granny a call. Who knows, maybe one of these (bingo) nights, she might end up hitting a massive prize like this one.