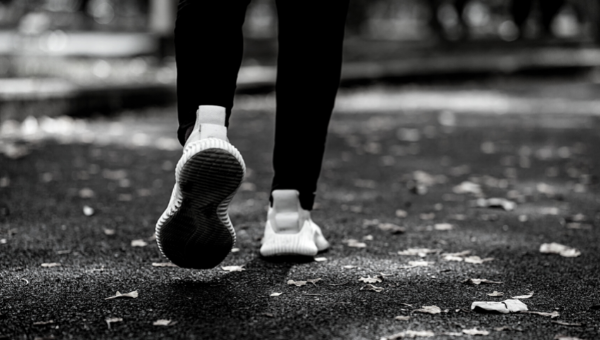 I’m one of those lockdown people who took up running. You probably noticed some of us. Round where I live, we had an explosion of joggers/runners. We’re everywhere.  For me, it was the dark news about health that spurred me on, not the boredom so much.

It’s been a year since I took up running, so I think I’ve got enough experience to pass on some of what I’ve learned to people who want to start running but don’t know if it’s for them.

Here are the 5 things that I wish I’d known when I was younger.

This is the thing that I really wish I’d known when I was younger because I would have started running decades ago.

Running gives you runner’s high. It’s incredible and makes you feel invincible – like you can accomplish anything you want. I get this same feeling with swimming sometimes too.

When I come back from a run, I sometimes do a ton of housework because I’m that pepped up. Can you imagine something making you feel so good that housework seems fun? That’s runner’s high. The housework might be my personal quirk, but you get the idea.

Those of you who’ve experienced runner’s high, what sort of things did you do with your newfound powers?

But, it’s not just the runner’s high that’s fun, I love running in mud and rain. I ran all through the winter and it was fantastic. Hardly anyone was about, and it was spooky. A couple of times, I ran around an old WWI cemetery at dusk; that was interesting.

I tend to run more trails than road runs because I prefer running in nature. I think it’s good for me. Makes me feel closer to nature, which is important because I live in an urban jungle.

2: I don’t need to push myself too hard

I’ve tried running before, and it always seemed so difficult, but this difficulty was an illusion. It happened because I didn’t understand this simple fact: you can run at any speed you want. Slow or fast, it’s your choice, no one else’s.

The biggest obstacle to thinking you’re cut out for running is pushing yourself too hard too soon. If you do that, you’ll end up hating it because you’re stressing your body too much.

I always thought you were supposed to run full pelt when you went jogging, but you don’t need to at all. If you’re struggling, slow down.

In fact, you don’t need to go any faster than a walking pace. As long as you’re making the movements, you’re running. Your speed will increase the longer you take up the hobby (if you want it to).

You don’t need to run until you’re red in the face and unable to breathe.

I was a bit embarrassed about running slowly when I first went out, but I stopped caring once I realised that I’m only competing against myself, that it’s nobody else’s business, and I’m having fun.

And most people don’t care about runners anyway. They’re not walking around pointing and laughing.

3: Rest days are as important for building strength and speed as run days are.

Not pushing yourself also means having rest days. You have to have rest days to allow your body to repair.

When you exert yourself, you make tiny tears in the muscles. These tears then repair themselves, and your muscles become bigger and stronger. This is why people call it “Getting ripped” – you’re literally ripping muscles.

Running won’t get you ripped like weight lifting will, but it will strengthen your muscles. That means that you do need to rest. Rest is when the repair happens. 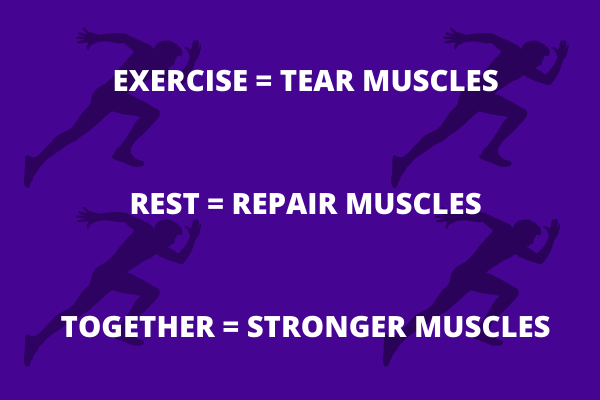 Think of it like building a wall. You have to allow the mortar to set before you start laying bricks on top. So lay some bricks and mortar (run), wait for the mortar to dry (rest), then lay some more bricks.

When you’re really into running, it can feel difficult to rest because you just want to run. Honestly, I NEVER thought I’d be the type of person to want to go for a run and that I’d have to use willpower to stop myself running, but I do get days like that!

Missing rest days is a recipe for injuries.

4. I don’t need to wait for motivation. I just need to go.

I have plenty of times when I’m excited to go running. This is much more likely to happen if the last time I ran, I stopped running before I became exhausted – that leaves me feeling excited about the next run.

But naturally, there are days when I don’t want to go out running at all. It might be Friday afternoon after a long week, or it’s Wednesday, and I’m just feeling meh.

I used to believe that I’d need the motivation to start a task – e.g., if I didn’t feel like running, I wouldn’t be able to run. So I’d sit around waiting to feel like doing something because I didn’t realise you could just do it anyway.

Running has been a great life lesson in this respect. I’ve realised what it means to not wait for motivation to do a task. I’ve understood why Nike uses their “Just Do It” motto.

What I do when I don’t feel motivated to run

This is what I do when I don’t want to run. I just get up and put my running clothes on. I’m not stuck on the sofa. I have the power to move, and so I do. Next, I get all of my running stuff together – water, music and phone. Then I walk out of the door and walk for 10 minutes. By the 10 minute mark, I’m usually bored of walking and want to run. Then I run.

Some of my longest and best runs have been days where I’ve thought I didn’t want to run. Also, some of my worst runs have been these days too, but as long as I run for at least 15 minutes, I count that as a win.

15 minutes is a good time because it feels easy. I don’t think I’ve ever stopped at the 15-minute mark, but If I ever do, I won’t beat myself up for it.

And that’s another life lesson that running’s taught me: feeling disappointed in yourself causes you to be less productive.

5: Make your run comfortable and enjoyable

Your running kit will make running more or less enjoyable. To make my runs comfortable, I always carry/wear:

Summing it up: why do I wish I’d known all of this when I was younger?

Because I would have started running years ago. I could have been reaping the benefits for the past two decades. My advice for anyone thinking about taking up running is to try it out and listen to the advice I gave above: going slowly, just doing it, and resting will get you enjoying it in no time.

When they say that you can “catch the running bug”, it’s true. 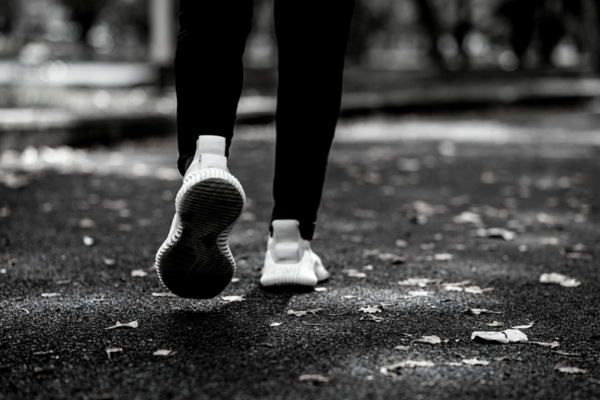